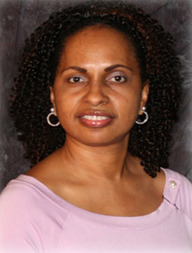 Deborah was born in Brooklyn, New York. She and her five (5) brothers were primarily reared in Gresham, South Carolina, by the late Hezekiah and Sadie Graves. At the age of 18, she then relocated to Florence, South Carolina, to attend college. She is a graduate of Florence-Darlington Technical College where she received an A.A. in Liberal Arts in December 1979. She also served her country in the United States Air Force from November 1981 to November 1985, and worked in the Information Technology arena for over 13 years.

Deborah accepted Christ at an early age. She rededicated her life to Christ in 1995, and has since been diligently seeking to be a woman after God’s own heart. She accepted her call to full time ministry on August 16, 2002, which precipitated the birthing of Saved, Sanctified, and Filled Ministries in July 2003, now Promised Land International, Inc. as of June 2004. She was active in the Missions Ministry at Mount Pleasant Baptist Church in Herndon, Virginia, as God’s visionary for the church’s evangelism cruises. God is now filling Deborah’s hunger and thirst for more of His Word at Word Alive Church International in Manassas, Virginia. In September 2016, Deborah also established LNFVB (Leave No Female Veteran Behind), Inc. to help provide permanent housing, and other services, for female Veterans. She has humbly accepted God's appointment to the office of Apostle, and is so grateful to God for the honor of being chosen to serve Him and His people in such a capacity through D C Graves Ministries.

Deborah is a member of the Suncoast Partnership to End Homelessness, Sarasota United for Responsibility and Equity (S.U.R.E.), Community Alliance, and the Biltmore Who’s Who. Deborah has also served as a Board Director of the Caribbean Tourism Organization’s (CTO) Washington, D.C. Chapter.

Her desire is that “…the body of Christ may be built up until we all reach unity in the faith and in the knowledge of the Son of God and become mature, attaining to the whole measure of the fullness of Christ.” ~Ephesians 4:12-13